Having dropped the kids off at Vilagarcia, the following day we changed oil and oil and fuel filters (we don’t like old oil sitting in the engine and saildrive over winter) and headed 7.5nm over to the A Pobra Do Caraminal anchorage for one last night before then heading 4.5nm across to Xufre to be lifted out the following day. 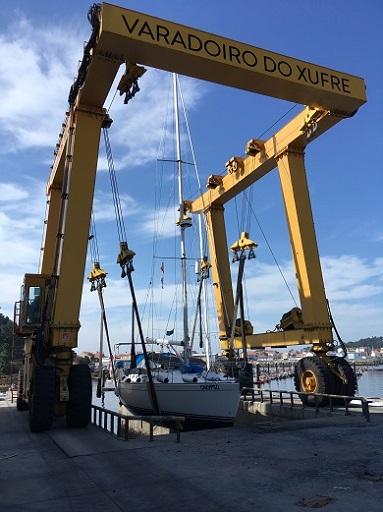 The lift-out went as smoothly as ever and it was good to see Alex, Nito and the team at Xufre, including Bo and Beker who would guard Calypso for the next 6 months. They have a ferocious bark when an unknown stranger approaches but recognise us in the dark from a distance and always give us a friendly welcome.

As the monster travelling hoist lifted us out of the water it became clear that Val’s antifouling (Hempel Tiger Extra) had worked reasonably well, ably assisted by the vast numbers of grey mullet in the marinas (you can see the marks where they have rasped algae off the hull): 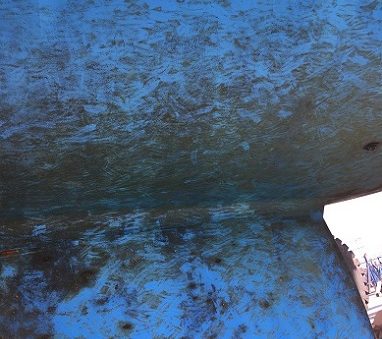 The propeller treatment, recommended by Vyv Cox (CA member and yachting magazine contributer) of Hammerite Special Metals primer and 2 thin coats of Velux had done a good job, as had the Tri-Lux on the saildrive and the bowthruster propellors. The growth on untreated areas shows how the whole bottom would look after just 133 days in the water. These photos were taken before we jet washed the underwater surfaces, hiring the very powerful yard jet wash and doing it ourselves for under £30 (the yard would have done it at their very fair labour rates but nobody was available on lift out day and we wanted it doing the same day). 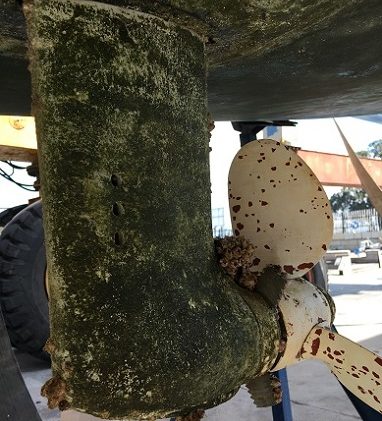 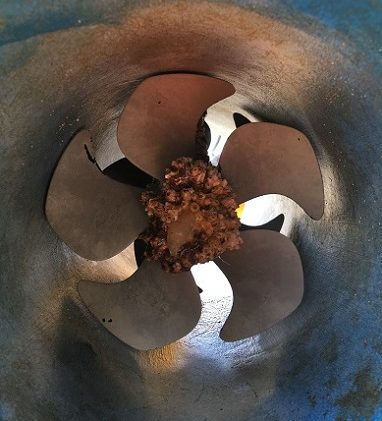 In certain temperatures we do have the odd window that drips very slightly – must get around to removing and re-bedding one day, but that’s quite a task and we know where to place drip trays on rainy days, when we might catch a tenth of an eggcup of water on some days but mostly nothing.

To keep the boat and our possessions dry over winter though, we:

We fully charged and disconnected the batteries. They are AGM batteries that have a very low drain at rest and so should be fine looking after themselves whilst we are away. Some people replace the running rigging with mousing lines. We have been a bit reluctant to do that for fear of losing one inside the mast. Maybe one day we will be brave enough!

In the UK and France we had run antifreeze through the raw water side of the engine cooling system, but here the temperature never drops below zero, and rarely below 5c we are told.

We thought we had left the boat as well secured as we could, So, we were happy to be leaving Calypso and setting off on our camping trip home which has become an important part of our summer. To be detailed in the next log.