We followed our intended plan for 2016 quite closely.

Our plan for 2017 is to travel from Southampton down to the West Country, stopping off at some favourites from last year but adding in Yarmouth, Weymouth and Brixham, which we had to miss out in our rush to get to Southampton in time for a university reunion and the Southampton boat show. 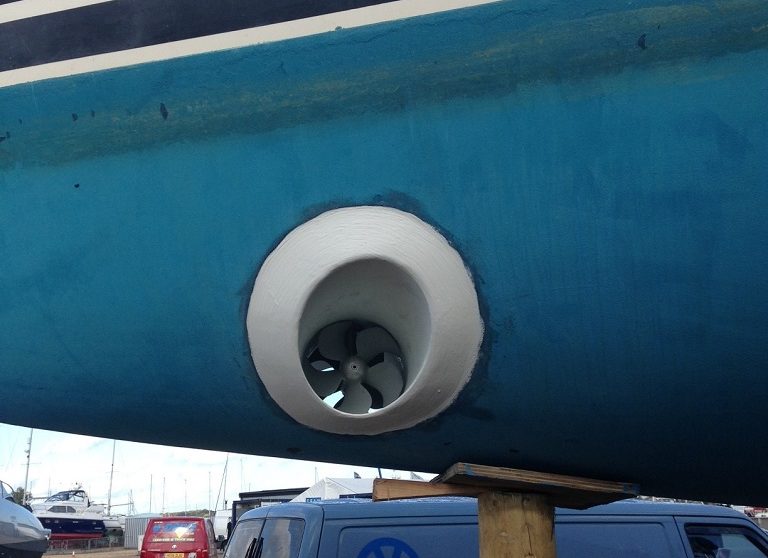 During our first long term cruise, this year we knew that we had a few creaking systems and lacked some systems that we would want to install to make life on board more comfortable. We mostly managed, but the old fridge (scheduled for replacement at the end of the cruise) lasted only 2 days before being pronounced dead! You might think it would be more appropriate to feature a sunset at this stage, the end of our trip – but this sunrise over the Hamble is more symbolic of our experiences this year – which was the dawning of a new adventure.

Our winter base is to be in the Hamble River at Hamble Point Marina. A Month in Plymouth We apologise, dear reader, for leaving you wondering where we have been for a month.

We left Fowey Saturday 16th July 2016 with a good forecast for the 25nm trip to Plymouth. We untied the mooring lines (one taking the strain plus a backup in case of chafe) and left around 10.30, with one hour of adverse tide (but that last hour sees a weakening flow and we were at neaps) and arrived in Plymouth at around 3pm. We left Falmouth on Tuesday 12th July at a civilised hour – tide times being favourable once again! As usual we had a forecast that would see us sailing most of the way – and as usual we mostly motored. Actually this time we had around one third of the 25nm under sail – and it is so peaceful when the engine goes off. Not that it is deafening – just an irritating drone, compared to the sound of only the wind and water.