Here are a few items that we no longer need and will hopefully be of use to others. All figures are subject to postage in addition at cost (photos and more details will follow shortly). If you are interested send an e-mail to us  VPCalypso   ~ at   ~  gmail  ~  dot  ~   com    .We can send more photos and further detail if required.

We bought 14mm rope thinking (with the assistance of calipers) that we had 14mm rope clutches. Turns out that they are for up to 12mm. So the following, never used ropes, are surplus:

We have a number of charts which are mostly not current dated and which have not been kept up to date. We have used them for passage planning, but check the route with Navionics on iPad, as well as on the chart-plotter.

From Morlaix (western end of N Brittany) to Le Croisic in Southern Brittany (see photos for areas) – C35 (Nov 2003) – C36 (June 2000) – C37 (Nov 2003) – C38 (March 2003) – C39 (April 2003). We purchased these as unused at a boat jumble before heading down to Falmouth and across that Channel. In Falmouth we discovered the superb NV chart folio books and bought them. They are £47 each and you would need three to cover the same area (plus a bit more). We recommend that you buy those instead of the Imray charts we are offering – but if you just want something for passage planning and to support electronic navigation then you can take these off us at £25 the lot. 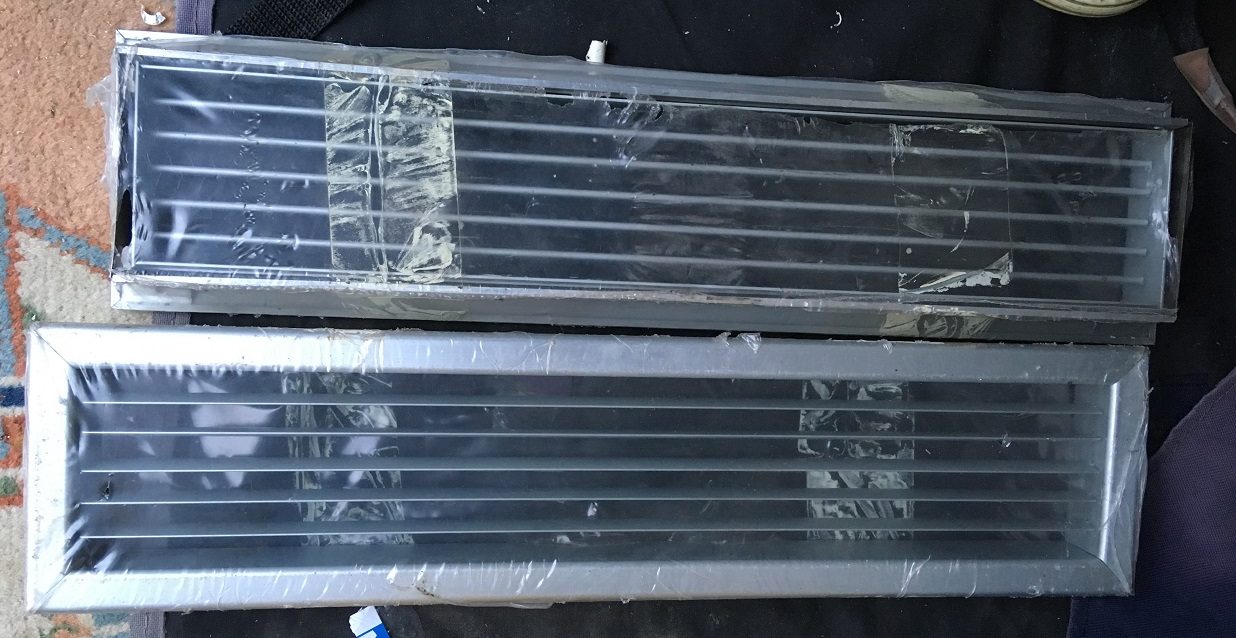 Bought from…….you guessed it – eBay! Needed one of these to ventilate the under bunk locker where the battery charger/inverter is located. However Osmotec suggested a beautiful polisshed wood alternative (at £70 which we thought was great value). So both of these are surplus to rquirement. Hole cut-out dimensions approx 437mm x 87mm.  Outer dimensions 455mm x 110mm.

We had a Volvo 3 bladed folding propeller (saildrive LH version) fitted when we bought Calypso. It turned out to be badly specified at 17″ x 12″ especially now that our 9 tonnes (dry weight) has been increased with arch, thruster, increased battery bank and lots of cruising gear.

It has now been replaced by a 17″ x 14″ Featherstream, but is in very good condition. We used it for 6 seasons, the first 3 of which were when we were working and kept the bost in the Clyde.

The first season Calypso was in the water for about 9 months and the propeller anodes had badly corroded – one had dropped off.

Since then we have lifted Calypso to the hard for at lest 6 months each year and the anodes have been in good shape. Total engine hours has been around 450-500 over that period. There is little sign of wear.

Here is the only photo we have of the prop cleaned up, from 2 years ago – we will post another when we get home at the end of this season. A photo of the prop just lifted from the water at the end of 2018 is shown in the post HERE