Apart from the pictures, this post is of most interest to the sailors among you. We had heard that Cudillero was beautiful, but had been warned (through Crusing Association resources, as well as by Angel of Aviles) that the entrance was tight, and tricky/dangerous with a big swell – and that the mooring balls are not well laid out or designed.

However we needed to stop in either Cudillero or Luarca to break the 53nm from Aviles to Ribadeo, and preferred the challenges of Cudillero to the mooring balls at Luarca. This trip of 12nm would take 10nm off the trip to Ribadeo.

As can be seen below the entrance is indeed a little tight – and so we ensured that we arrived a little above half tide. 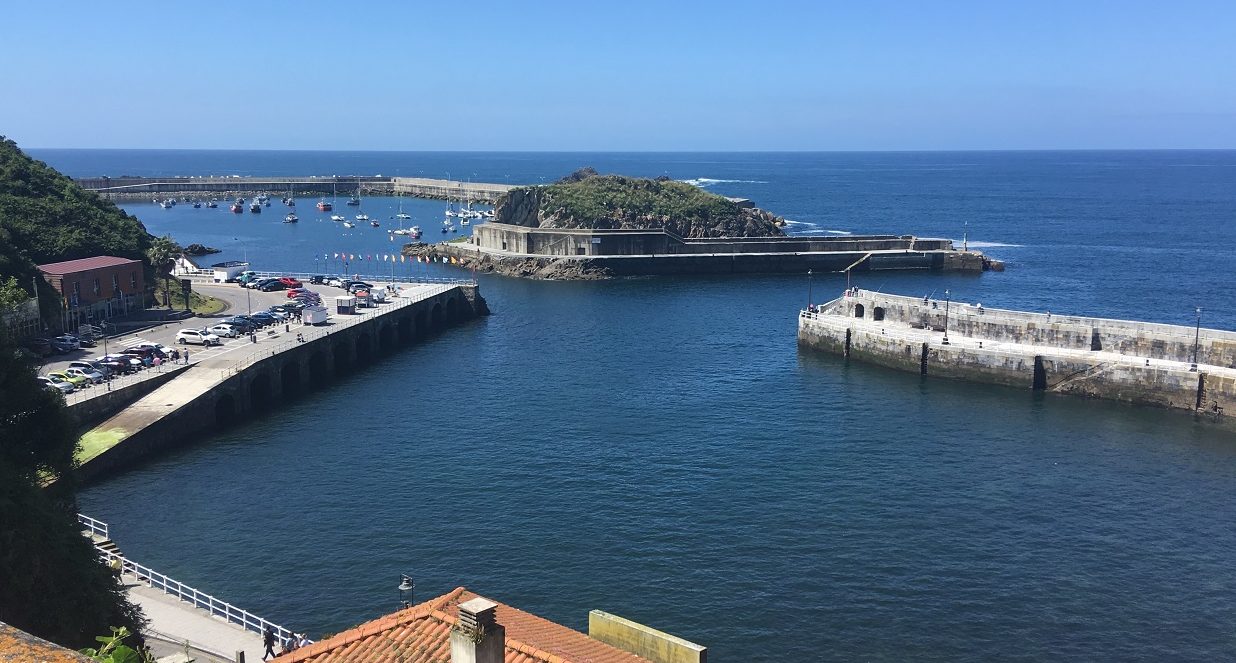 That said, on our selected day (Sunday 17th June) with just over 1m of swell, it was not as difficult as the helm’s face below might suggest! The swell was from NW and was partly calmed by the off-lying rocks to NW of the entrance. 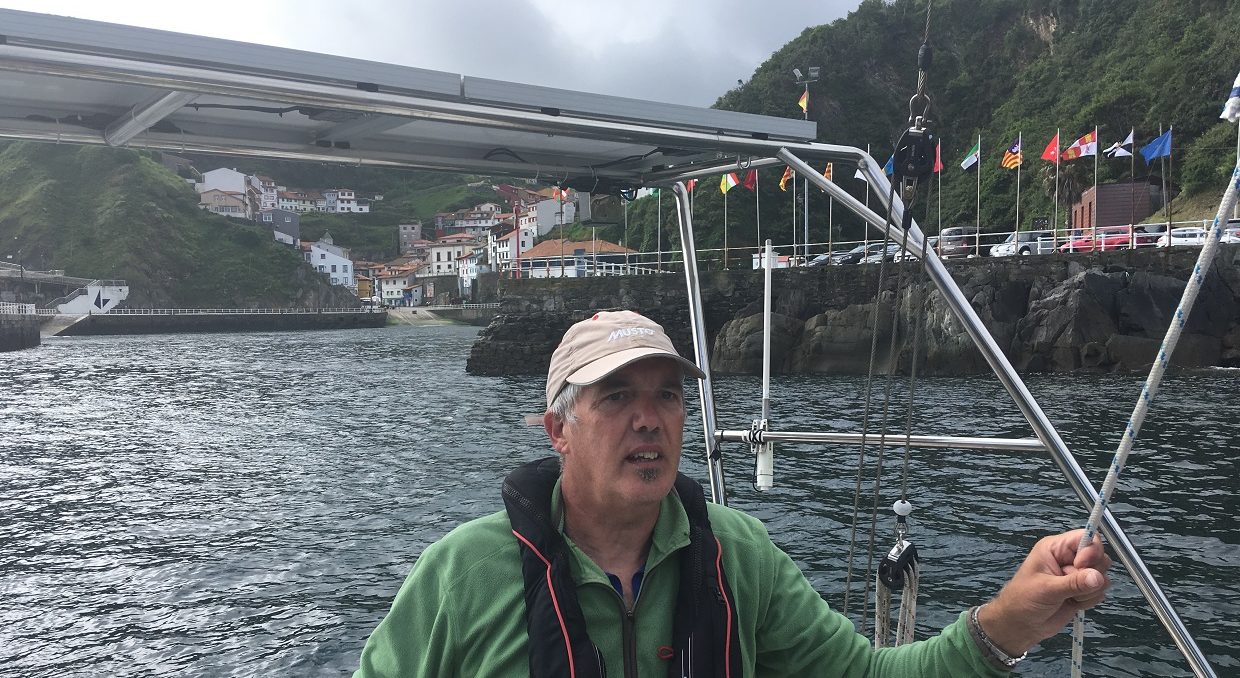 Below is a photo of the visitor mooring plan on the Club Nautico Cudillero website (June 2018). This shows 11 fore and aft mooring ball positions and 2 positions on the end of a pontoon. We were lucky (we thought) when both pontoon positions were vacant (and most of the mooring balls) and took up position 1. 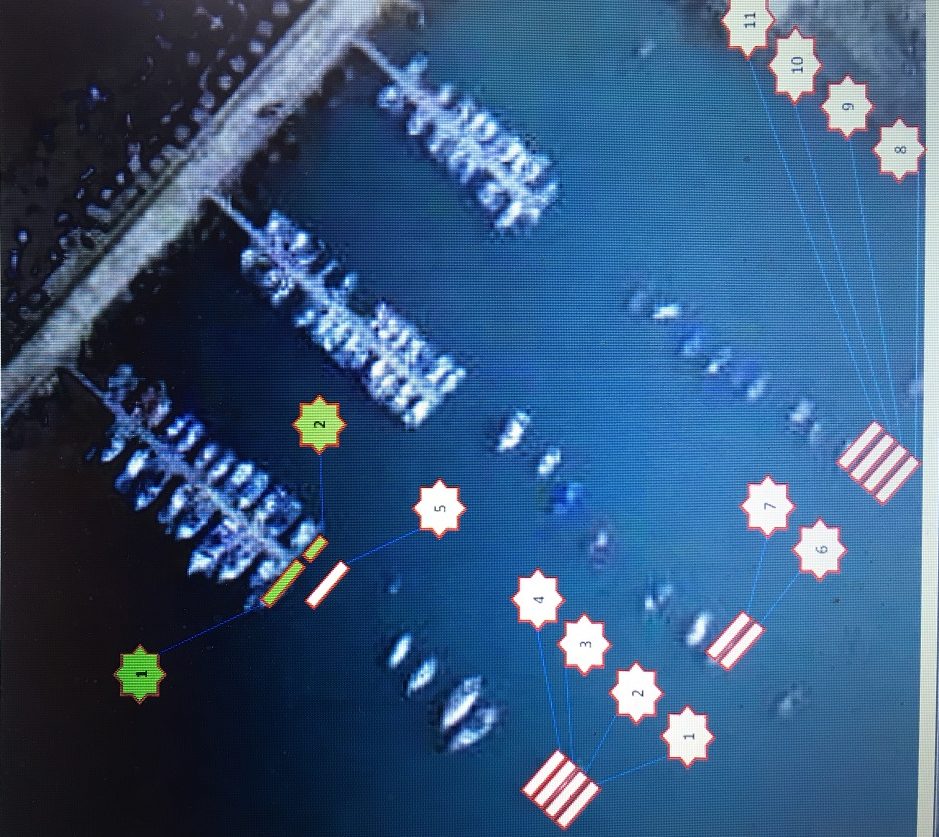 As we tied up we did think that Calypso was moving around quite a lot, given how calm the harbour appeared. As the tide continued to fall this movement seemed to ease slightly, and we went off for a walk to the town (10-15 minutes away around the large harbour wall). We explored the tiny walkways between houses perched on the steep hillsides and enjoyed a beer with the many Spanish folks out for a Sunday jaunt on what was a beautiful day – after the customary morning cloud had burned off. 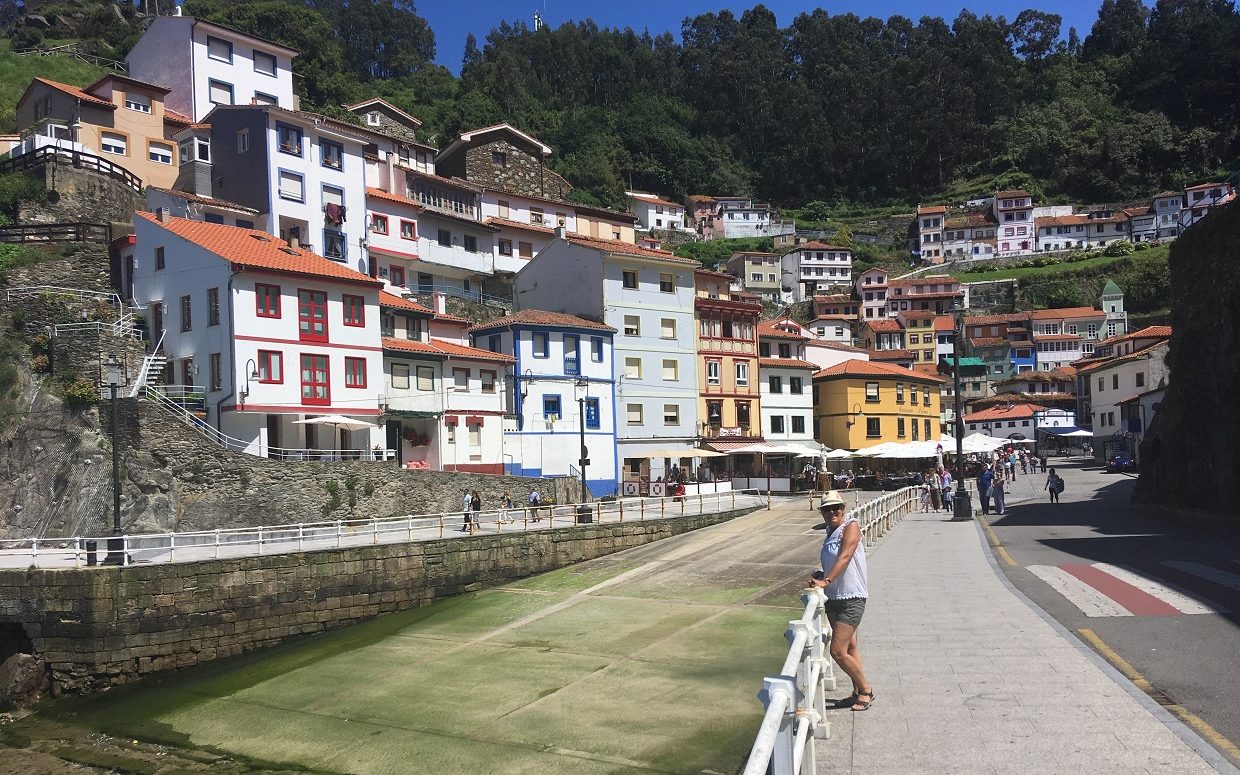 However as the tide rose again at night we were bouncing on and off the pontoon like a fairground ride! We had snubbers on every line but they were just behaving like a bungy and adding to the fun (not!)

We had a very poor night’s sleep and in the morning every fender we own was black from the rubber bump strip on the pontoon.

We might recommend picking up a mooring and blowing up the dinghy (which would take much less time than it will take to clean the fenders) – but several of the mooring balls are clumped together rather then neatly lined up in position. The CA app (Captain’s Mate) has reports from other cruisers who describe sorting out a mooring ball as “untangling knitting”. 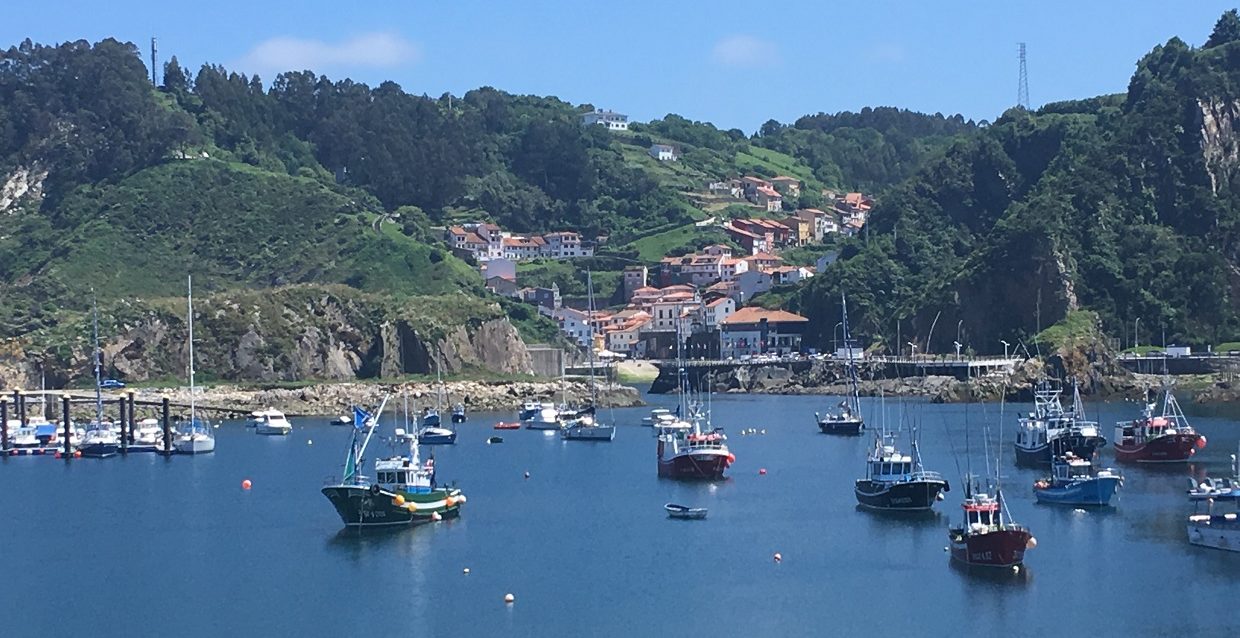 The position of moorings numbered 1-4 on the club’s website is just to the right of the red fishing boat in the middle of the photo above. Here you can see 4 balls clumped together. To the right of that is a blue hulled French yacht that we watched pick up the outer ball – of the 5 that were in the position of the 4 marked on the club’s site! The idea seems to be that you pick up a buoy and take one of the lines sitting beneath it to each end of the boat and tie off. Apparently at least some (if not all) have a hoop to bring on board at each end (we could see that beneath the water on the one nearest us on the pontoon).

Later the French yacht ended up against the clump of 4 mooring balls. However they must have had a much better night’s sleep than we did – and hopefully got out without a rope around the prop or rudder!

Mooring ball position 5 was vacant when we were there and looks a good spot – with hindsight we should have cast off and picked that up after our beer!

We stayed just one night and were relieved to leave at 07.00 on Monday morning for the 10 hour trip to Ribadeo – taking it in turns during the morning to catch up on sleep!

The cost was 25 euros – we have read that this applies to both mooring balls and pontoon. I have also read that sometimes nobody turns up for the money. In spite of being there on Sunday we were not so lucky!